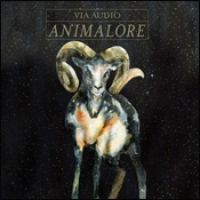 Recording the album in Spoon drummer Jim Eno’s Austin, Texas studio in 2009, Via Audio tackled their latest songbook as Eno artfully crafted different sonic palettes for each unique song on Animalore. The result is an indie rock album that serves as a pop-up book for adults, bursting with vivid colors and secret corridors at the turn of every page.

Via Audio will release Animalore via Undertow Music Collective on February 23rd and the band will be busy supporting the record on the road all year. You can check out â€œBabiesâ€ from the album here